While a majority of competitors’ offerings feature Intel Xeon processors, Sushi Cloud’s servers are powered exclusively by AMD EPYC processors, resulting in superior performance and a lower cost base. In fact, Sushi Cloud has been shown to save companies up to 78% on comparable plans from Amazon Web Services (AWS), even before accounting for AWS’s data egress fees.

Co-founded by PC gaming industry veteran Aron Saether-Jackson and tech entrepreneur Shauna O’Flaherty, Sushi Cloud is taking leading cloud compute providers such as AWS, Google Cloud and Microsoft Azure head-on. “Capital markets have tightened, making it more difficult for start-ups and other emerging companies to obtain venture capital and other funding,” said CEO Aron Saether-Jackson. “Our conversations with these start-ups, whose day-to-day operations are reliant on cloud compute, made one thing crystal clear: there is intense dissatisfaction with the offerings from the major players.”

“As a start-up in AI and machine learning, you have two choices: prohibitively expensive on-prem hardware, or cloud compute. Big Tech knows this, and exploits it. There’s little meaningful innovation, and no price competition,” said O’Flaherty. “Our reasons for founding Sushi Cloud are authentic, and borne from real word experience. We were all sick of paying for super yachts, frankly.”

“We wanted to solve three critical pain points for start-ups. Firstly, their cloud compute costs, which can make up a majority of their capital raise requirement, have just been slashed. Secondly, rather than having to settle for complicated, overpriced, underpowered, virtualised cloud compute, they’re now operating on enterprise-grade, high-core-count, bare metal, zero-compromise servers with an intuitive setup process. And thirdly, bill shock, wrought by excessive data egress fees from the big techs, is no longer a problem. With Sushi Cloud, their cloud budget is locked in.”

As part of their launch promotion, users who sign up to one of Sushi Cloud’s quarterly or yearly plans will receive a $200 gift card, to treat their team to a sushi feast.

Sushi Cloud is a fully funded, challenger cloud computing company that delivers all-you-can-eat bare metal cloud computing services with faster performance and lower price point than offerings from the Big Tech cloud vendors. Sushi Cloud was founded on a belief that companies should not have to sacrifice their budgets to access the compute power needed to provide their services. For more information, please visit www.sushi.cloud.

For a strictly limited time! Sign up to any Quarterly or Annual cloud compute plan, and we'll send you a $200 Gift Card for your favourite Sushi delivery service! 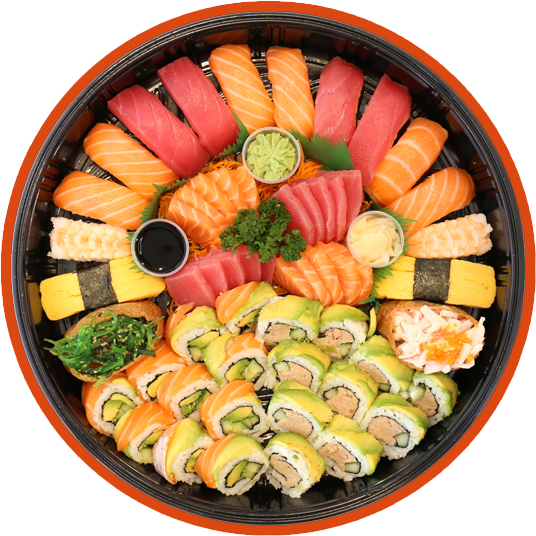